Thanks for being a reader. I don’t know what led you to my website, but I feel like you were perhaps looking for advice, whether it’s how to save money on clothes, travel, or maybe finding a cheap recipe or two. Whatever the case, I applaud you for making the conscious choice to regain control of your finances and live more frugally. I totally relate to you – probably more than you think.

I was born in New York as the youngest of 4 daughters, but the rest of my family immigrated from the Phillippines to America to escape poverty. My parents had a rough time growing up: my mother told me stories of having to sell drugs on the street as a child, and my father dealt with an abusive drug addict in his family.

It was a blessing for me to have been raised in America; however, it wasn’t what my parents imagined it would be. I grew up with a roof over my head and food on my plate every night, but my family was always on a strict budget, and my parents constantly fought about money because it always seemed that we never had enough. I was always jealous of the things my friends had and felt ostracized for not “keeping up with the Joneses.”

As a result of financial insecurity, I developed severe depression, low self-esteem, and a severe eating disorder at the young age of 12, which I battled for 10 years. Then, at 19, I had to drop out of college because I could no longer afford it. During my early 20’s I juggled as many as 3 jobs at the same time to help make ends meet, but despite my efforts, my family eventually lost our home and we were forced to relocate. In 5 years, I moved 5 different times in attempts to save money.

My father worked both overtime and graveyard shifts to make ends meet, and my mother lost her job and had a hard time recovering. In December of 2012, my father had a heart attack due to overexertion, followed by another one 5 years later, where we almost lost him.

Hardship after hardship, I had to stop and think: I couldn’t be the only one whose life seemed to be controlled by financial situation, right? Fed up, tired, and hungry for answers, I began my journey to heal my relationship with money.

With my newfound courage to take life by the reigns, I accomplished feats I never thought possible: at 23, I paid off over $10,000 worth of credit card debt, bought a BMW in cash, made almost $40,000 during my 2nd year of blogging, and purchased a home at the age of 26 with my boyfriend.

Both my good and bad stories are why I created The Baller on a Budget.

There are people out there who are just like me. There are college students out there who live on loans and can’t afford the latest iPhone. There’s a man somewhere making $12 an hour but wants to fulfill his fiancee’s dream wedding. There’s a single mother trying to raise 3 kids alone while dreaming of owning a designer handbag. That’s why I’m here. I want to put dollars back in your pocket while putting new shoes on your tired feet.

I believe that financial freedom is being able to live comfortably, indulge, and enjoy. I believe it is the ability to accumulate wealth and have no fear of spending it.

So I created this blog to document my journey to financial freedom.

I created this blog to help my family build the wealth they’d always dreamed of.

I created this blog to help people just like me.

And if you’re reading this, I created this blog to help you. 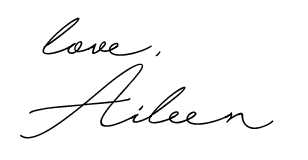