As I sit in my boyfriend’s kitchen baking creme brûlée and banana cream pie for tomorrow’s Thanksgiving festivities, I can’t help but really marvel in how fast this year flew by. In January, I was collecting unemployment due to a job layoff from business closure, and my credit card balances were at an all-time high. I was suffering from frequent panic attacks and was stuck in constant fight-or-flight, quietly drinking my sorrows away. I knew it was becoming a problem, and luckily I had friends who helped me put my head back on straight.

I finally landed a job in the service department of a car dealership and stayed there for a few months. Right around 7 months into work, I’d just finished paying off about $8,000 in credit card debt, and then experienced yet another job layoff, along with several other coworkers.

I’ve been career-hopping for years now, and my soul has been aimlessly floating through life with no specific goal. I’ve always been a creative person and never believed that everybody was meant to work a 9-5. Creation and inception fascinate me, and my mind runs wild when I accomplish the baby steps that take me closer to my goals and dreams of investment, business ownership, and working for myself.

This 2nd job lay-off I’ve experienced this year was almost like a message to me from God, or whoever is out there – Aileen, you are simply not meant to work under someone else. You have ambitions and dreams that are far bigger than even you yourself can fathom.

It was a moment of clarity and comfort, to know that I’ve struggled for such a long time now and will continue to, whether it’s a fight between me and myself to commit to a traditional career or chase my dreams, or simply just struggling with money. Either way, all I’ve known is the shortage of money. Even though it’s disheartening and infuriating to not be born with a silver spoon in your mouth, you have to live with the cards you’ve been dealt. Every day, that drives me to work harder and push through this barrier of what traditional society tells me my limits of wealth are, and what is available to me as a career.

I created this blog to showcase my day-to-day living. I’m just an ordinary woman striving for the better things in life. I never spoke about my financial hardships outwardly, but after going through so much this year I’ve realized that there are so many people like me who were afraid to speak about it, and allowed their lack of money to actually stop them from being happy… just like me.

It’s true: not all of us are born into a wealthy family, but there are ways around it so that you can enjoy life’s pleasantries every once in a while.

RELATED POST: My Career Life Part 1: Why I Gave Up on My Dream

Before you go back to the job sucks your soul out instead of nourishing it, I want to remind you: every single successful company started with a person’s dream. Every CEO of every company was that “foolish person” whom everybody else doubted. The people who created Chia Pets and Whoopee Cushions probably laughed their way to the bank as they cashed multiple million-dollar checks. So next time you think your dreams are foolish, just remember that someone made millions of dollars by creating a rubber balloon that farts.

Entrepreneurs pursue non-traditional businesses, and the fact that they are able to address a specific need in the market that others cannot is the very thing that makes them millions. Do you want to work for an entrepreneur, or do you want to be one?

I asked myself this all the time, but never put any thought into actively taking the steps to do what I love. What do I love? I love writing, fashion, cooking, saving money, the science of social media, marketing, graphic and web design, and photography.

So, I’m doing everything I love to do through this blog. I’ve been laid off yet again, but this time around I’ve experienced significantly fewer panic attacks and self-doubt – even with the most recent relapse of my eating disorder. To live with a disorder that basically rules your mind, body, and soul is challenging, but I’ve surprised myself with this newfound courage to finally face it fearlessly instead of allowing it to become who I am. I am not an eating disorder, I am a human being. And I am thankful that I’ve made the choice to live instead of letting this thing consume my body.

I’m thankful to live with people who support me in my unconventional path and are patient with me and my situation. I’m thankful that I’ve grown the courage to cut out every single negative person who doubted me in the past because that stopped me from pursuing one of my biggest dreams: photography.

This photo was one of the last images I ever took during the active years of my photography career. I believe I went very far in building my network and my portfolio. I landed some great opportunities – I won a few scholarships and was invited to join the Inland Empire Association of Photographers and Videographers, where they paid for my membership. I was published in multiple books and magazines that can be seen at your local Barnes and Noble. I’ve worked with individuals who have their own reality TV shows and companies and others who have climbed the pinnacles of the entertainment industry.

I also watched the people I worked with pass me by and grow successful while I continued to remain angry about my financial situation and eating disorder.

I could have gone very far, but I spent too much time listening to the negativity around me. I let people’s doubts in my abilities cloud my judgment, and I eventually stopped shooting.

RELATED POST – 25 Life Lessons I Learned When I Turned 25

To this day, I’m still nowhere where I want to be financially, but I’m not letting that stop me from pursuing my dreams the way I did before. I don’t want to make the same mistake I did with my path in photography. Now, I’m surrounded with nothing but support and love, and I couldn’t be more thankful for anything else. I’m thankful that people actually believe in me and more than anything I’m thankful that for once in my whole life, I believe in myself.

So shout-out to my old boss, who laid everyone in my department off and sent us home that same day. If it wasn’t for you making that decision, I don’t think the Baller on a Budget would even be in existence.

I want everyone who reads this to understand this one thing: you have goals and dreams, just like everybody else. You also have many, many problems, just like everybody else. You are no different from the rest of the humans on this planet. But would you rather use your problems as an excuse to continue working for someone else and help them accomplish their dreams, or would you rather take the leap of faith and do what you love and live a life of passion?

Take the leap of faith with me. 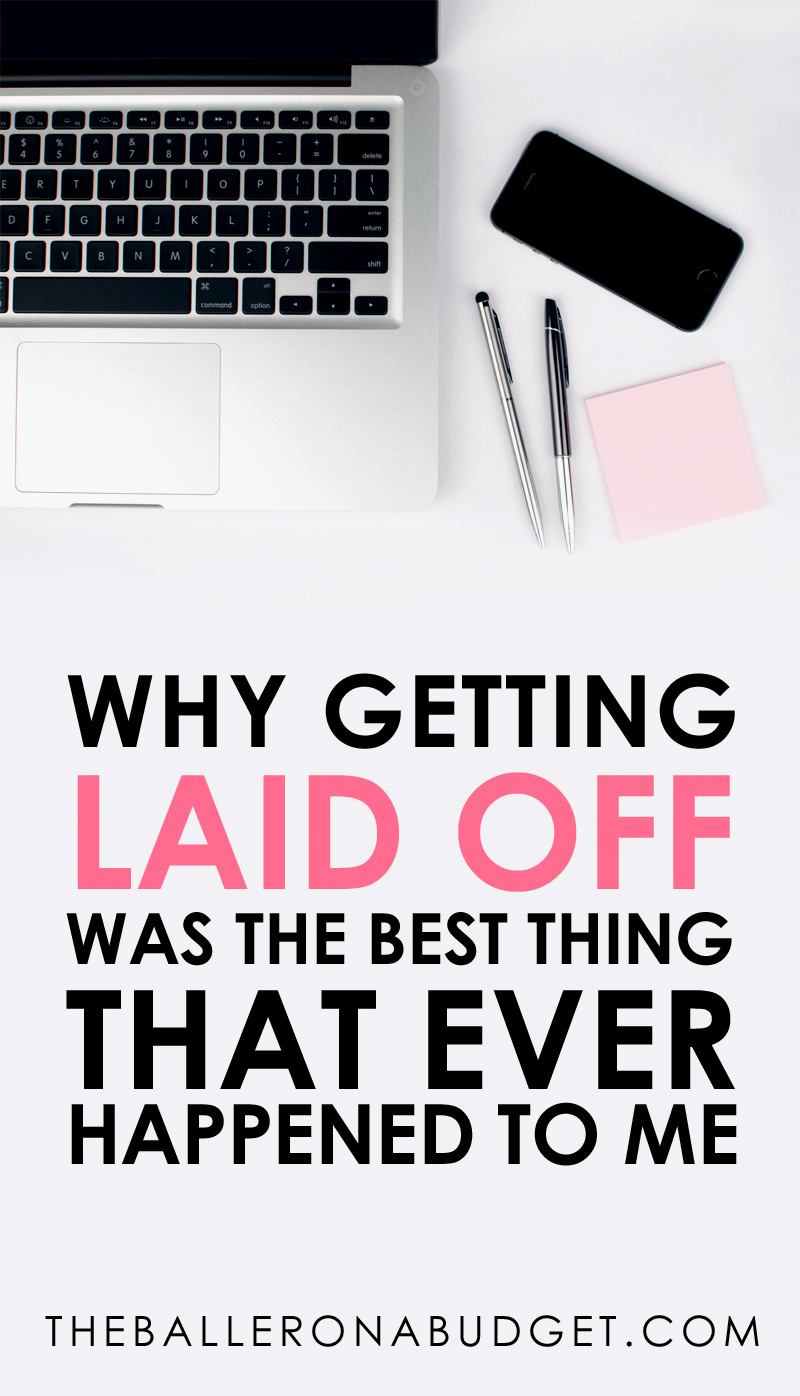 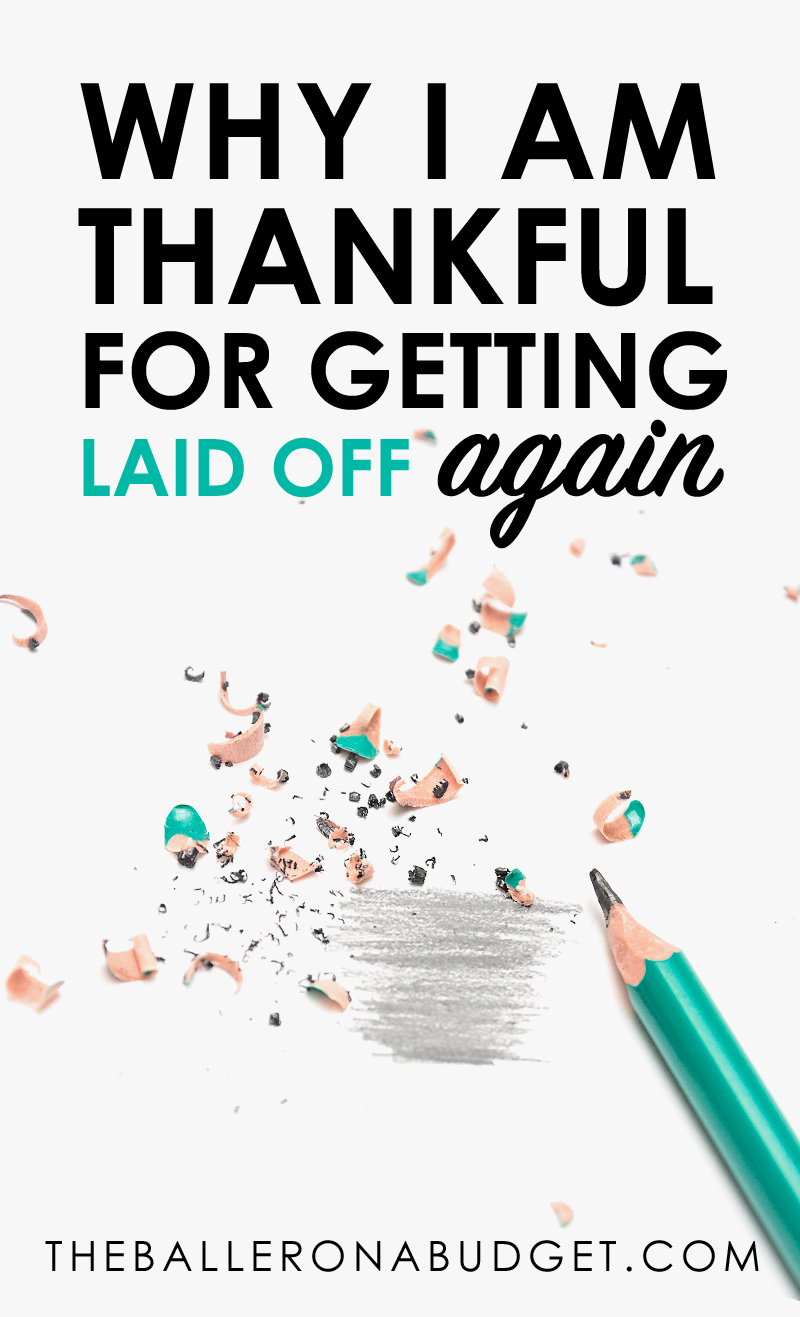