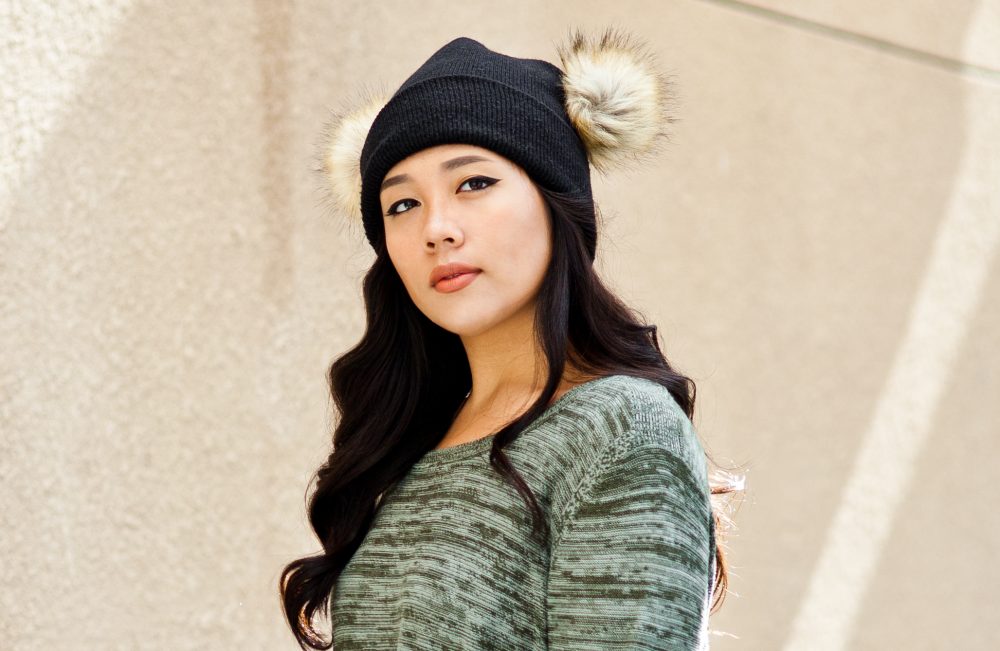 I’ve been super eager to post this DIY tutorial because this beanie has been my winter staple ever since I made it! This cute furry ear beanies have been such a huge trend for the season, but tons of them go from $15-$20. If you have a spare beanie that you want to repurpose or just want to make a customized one for yourself, then this DIY project is the way to go. 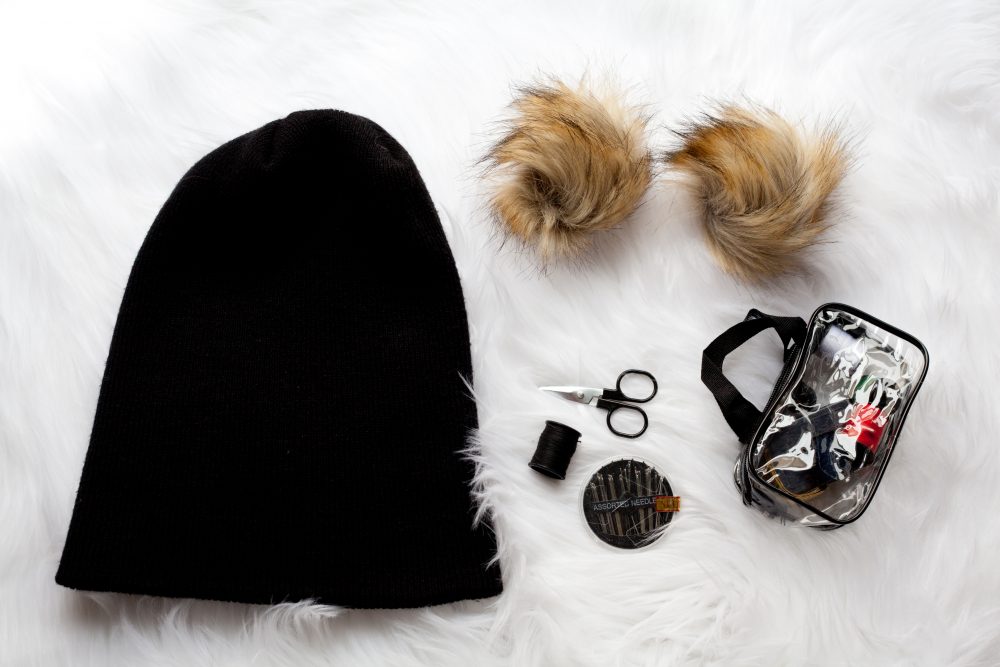 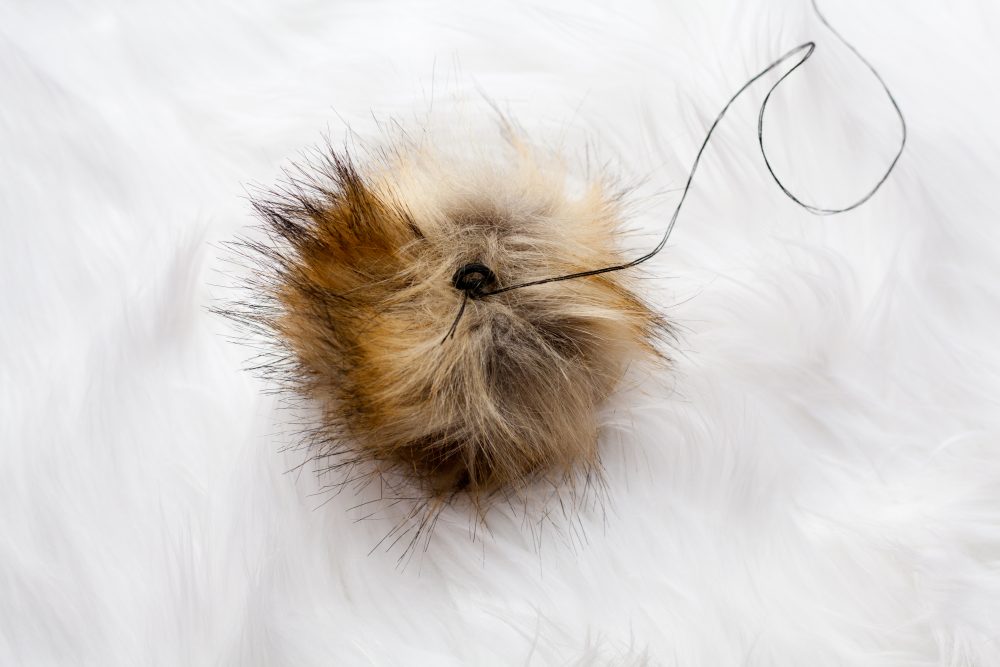 Using the needle and thread, sew the string onto the pom-pom. I have no formal education on sewing so I’m afraid I can’t teach you the legitimate steps, but here is what I do to get started: 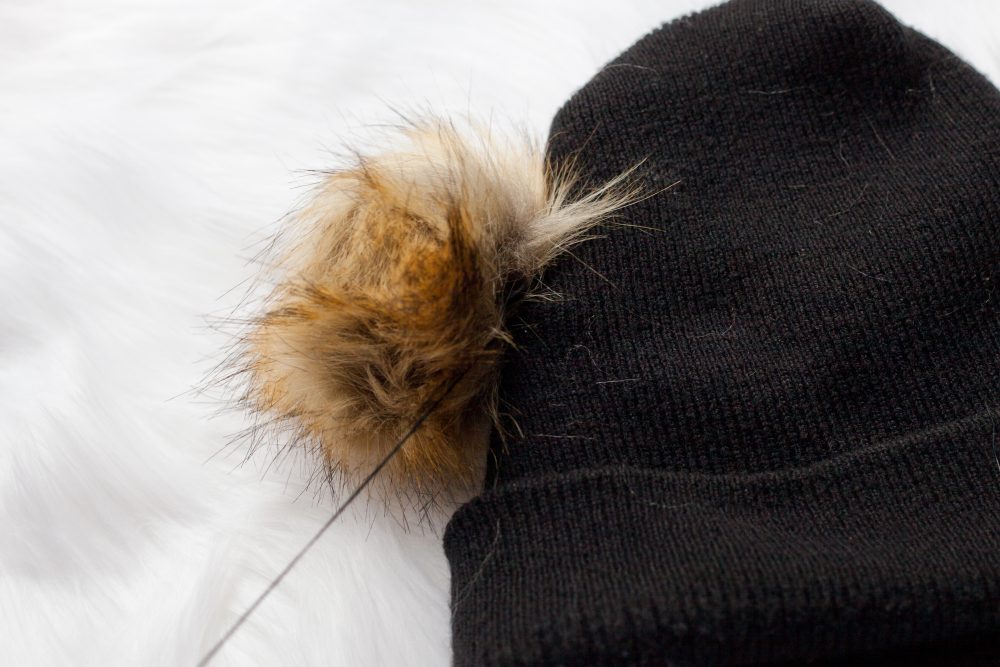 All of you seasoned sewing enthusiasts are probably going to throw rotten tomatoes at me. What I did next was put the beanie on my head and used some pins to mark where I wanted the pom-poms to be located. After some trial-and-error, I got both pom-poms at equal level.

You could easily do this with some chalk and a ruler, but ain’t nobody got time to measure stuff. I don’t even own a ruler. #ilivelifeontheedge #norules

After marking the spots, then proceed to: 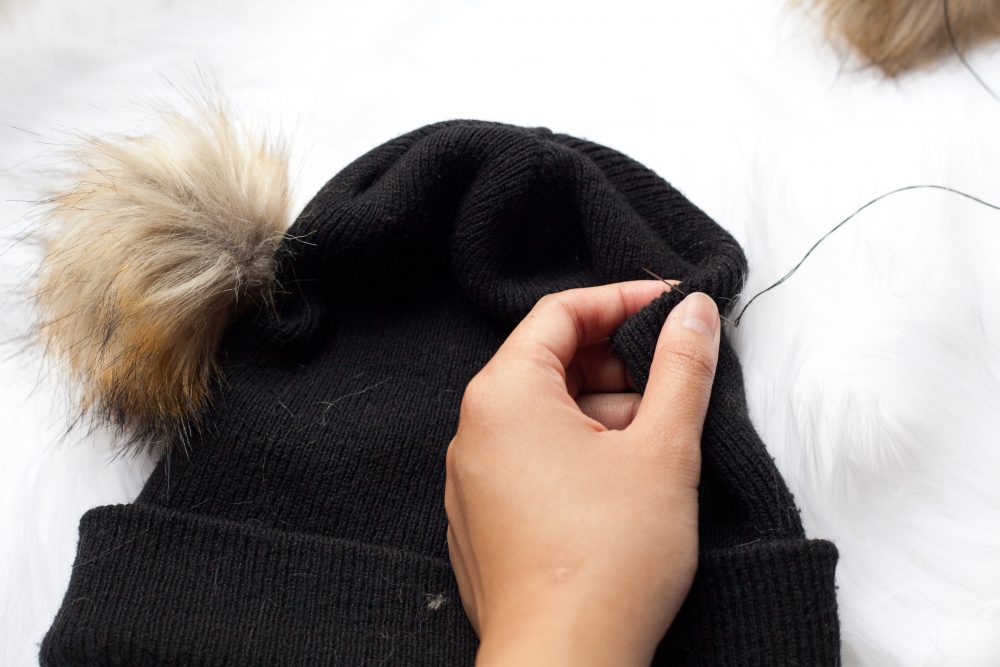 Repeat everything above for the next side.

Are you going to try making a furry pom-pom beanie? Let me know in the comments and don’t forget to subscribe to my newsletter below for more DIY projects! 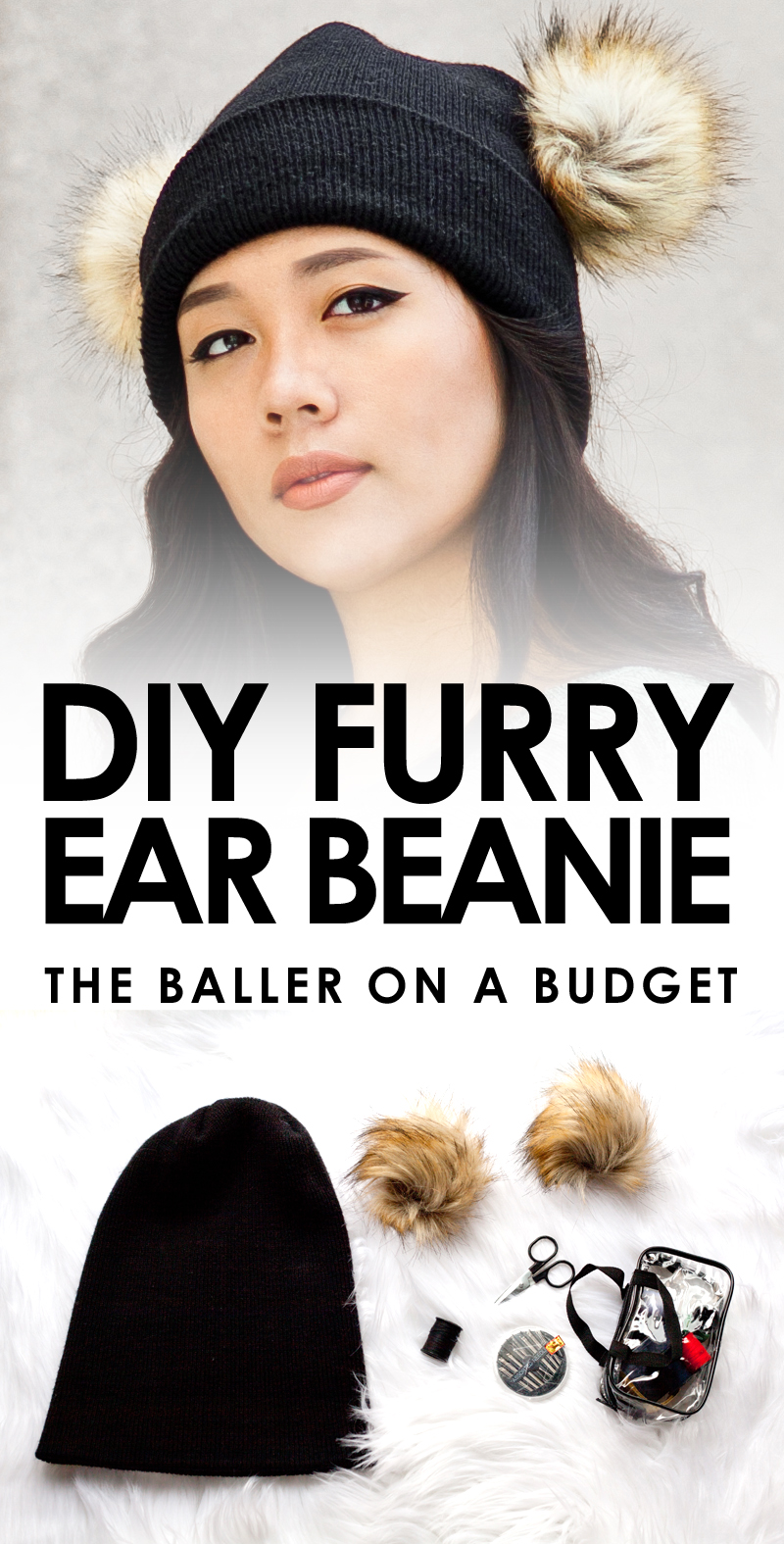